Posted by Kevin A. Straight

Last week I finished up my study of the Hebrew Bible. I am currently working my way through the works of Aeschylus, so by next week I should be ready to blog about Greek Tragedy. right now, however, I would like to introduce the concept of a glove box book. A glove box book is one that you keep in the car in case you get stuck somewhere and need to kill time. To work, it needs to be something you can read over and over and which you can start reading at any spot and still enjoy, even if you haven’t looked at it for a few months.

My own glove box book is Leaves of Grass, by Walt Whitman. Technically, I don’t have a glove box, since I gave up driving a few years ago. I have thought of it by that name, though, since an old family friend introduced me to the concept. His own glove box contains Pessoa’s Book of Disquiet, another good choice. He tells me he has worn out at least two previous copies. My copies of Leaves of Grass live in the bag I carry when I walk into town and next to the chair where I smoke my briar pipe in the evenings.

Those of you who watched the television series Breaking Bad (and if you didn’t, you should) probably remember the rather pivotal role that Walter White’s copy of Leaves of Grass, kept on the back of his toilet, played in the plot of the show. Apparently Mr. White, and the writers of the show, have the same high opinion of the book that I do. 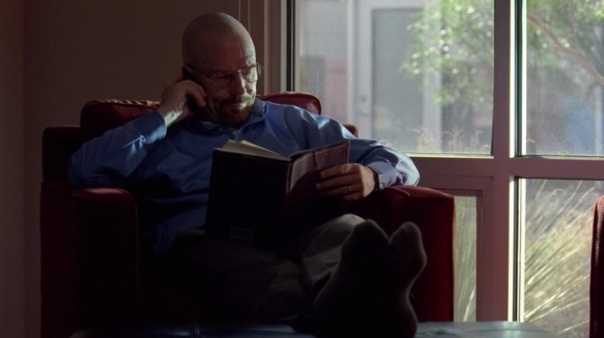 Walt Whitman was a genius, the human bridge between the transcendental and realistic movements. Leaves of Grass is a distillation of years of careful observation of every facet of American life into free verse. The book was Whitman’s life’s work; he kept returning to it and creating new editions to make it even better. Although most would classify the work as lyric poetry, Whitman thought of the work as an “American epic”, rooted in the classical tradition, yet distinctly tied to the country he loved,

Come Muse migrate from Greece and Ionia,
Cross out please those immensely overpaid accounts,
That matter of Troy and Achilles’ wrath, and AEneas’, Odysseus’ wanderings,
Placard “Removed” and “To Let” on the rocks of your snowy Parnassus,
Repeat at Jerusalem, place the notice high on jaffa’s gate and on Mount Moriah,
The same on the walls of your German, French and Spanish castles, and Italian collections,
For know a better, fresher, busier sphere, a wide, untried domain awaits, demands you.

And yet, it is clear that he chose to deliberately depart from the epic model in more than just structure. Classic epics glorify violence and elevate heroes, but such themes held little appeal for Whitman, who had seen far too much of them as a volunteer nurse in the Civil War,

Away with themes of war! away with war itself!
Hence from my shuddering sight to never more return that show of blacken’d, mutilated corpses!
That hell unpent and raid of blood, fit for wild tigers or for lop-tongued wolves, not reasoning men,
And in its stead speed industry’s campaigns, With thy undaunted armies, engineering,
Thy pennants labor, loosen’d to the breeze, Thy bugles sounding loud and clear.
Away with old romance!

Instead, he chose to focus on and glorify the common working people whom he saw building America,

…I raise a voice for far superber themes for poets and for art, To exalt the present and the real,
To teach the average man the glory of his daily walk and trade,
To sing in songs how exercise and chemical life are never to be baffled,
To manual work for each and all, to plough, hoe, dig,
To plant and tend the tree, the berry, vegetables, flowers,
For every man to see to it that he really do something, for every woman too;

But while his themes were different Whitman resembles Homer in his gift for painting a series of beautiful, vivid word pictures which brings to life in 19th century America just as effectively as Homer’s did for ancient Greece. 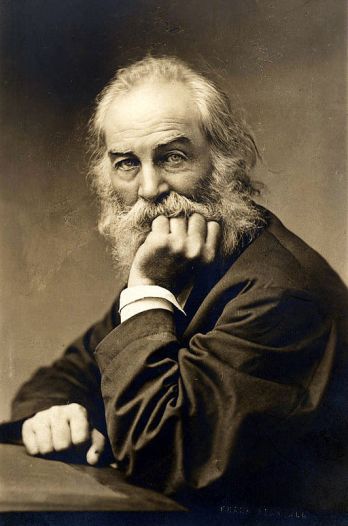 Besides being a masterpiece of poetry, Leaves of Grass is ideal as a glove box book because it is a collection of smaller poems; I can easily pick a section which is the right length for whichever line I need to wait in, and there are enough of them that I can choose one I haven’t read in a while.

If you don’t have a glove box book of your own, I suggest you find one that works for you. Hopefully, you will chose one of the Great Books. I suspect, though, that most of the criteria for a good glove box book are the same as those for a Great Book, so the odds are good that you will.